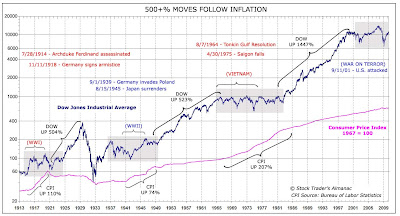 Stock Trader’s Almanac: Next Super Boom — Dow 38820 By 2025 — Stocks Catch Up With Inflation, But First Inflation Catches Up With Government Spending

Email ThisBlogThis!Share to TwitterShare to FacebookShare to Pinterest
Labels: Chart of the Day, Equities, Macroeconomics